The Conti Group is building a portion of a major Fayetteville, N.C., expressway project.

The Fayetteville Outer Loop is an extensive, multi-year transportation project designed to improve traffic flow in North Carolina’s sixth-largest city, which is home to Fort Bragg, one of the U.S. Army’s largest installations.

The primary goal of the ambitious roadway construction project is to relieve traffic congestion in the city and spur economic growth. “There is no easy entry into Fayetteville,” says Jason Salisbury, resident engineer for the North Carolina Department of Transportation (NCDOT). Construction of the interstate-grade bypass around the western side of Fayetteville will eliminate that problem, he says.

Specifically, the outer loop is intended to relieve highway corridor choke points that slow traffic and discourage out-of-state companies from relocating in the Fayetteville metropolitan area, which has a population of approximately 300,000, Salisbury says. In addition to Fort Bragg, the city is home to Pope Field, an airfield operated by the Army base. Several major defense contractors also are located in the city.

Fort Bragg will derive several benefits from the outer loop, known as Interstate 295. For example, the outer loop will offer Fort Bragg the opportunity to close Bragg Boulevard, which runs through the military post. The Army has long wanted to close the roadway to civilian traffic as a security measure and hopes to do so in 2016, says Randy Wise, NCDOT district engineer. The boulevard has long served as a gateway into Fayetteville south of post.

Fort Bragg, which covers more than 251 square miles and has a population of nearly 40,000, has been influential in the outer loop’s progression, Wise says. “Fort Bragg has a big role in this whole project,” he says. “They’ve been a key voice in getting the thing supported by other people.”

The outer loop offers Fort Bragg other advantages as well, such as giving personnel easier access to I-295, which will simplify troop deployments and training exercises, Wise says.

The outer loop eventually will stretch from Interstate 95, north of the city, to Fort Bragg, west to Fayetteville and Hope Mills, before reconnecting with I-95 in Robeson County. There is no completion date for the project, Wise says. Some portions of the work are not scheduled to begin until 2021, he says.

The outer loop is one of the NCDOT’s large interstate construction developments. “The work is being done in a lot of pieces as funding is received,” Wise says.

The Conti Group is the general contractor for one of the sections currently underway – a $125 million project that involves the construction of a 6.8-mile stretch of the roadway from Cliffdale Road to the east of the All American Freeway.

“We are looking forward to continuing our work with the NCDOT,” Conti Project Manager Jerry Glickel says. “And we plan to hire from the local community to staff the project.” The Conti Group, based in Edison, N.J., initiated work in late 2014, and is scheduled to complete the project in November 2017. Approximately 20 percent of the job is completed, Wise says.

The project includes several challenges including significant structural work, such as construction of 17 bridges, three interchanges, a mile-long sound barrier and visual barriers, Salisbury says. “There’s 17 bridges they have to build, and they’re working on eight of them,” he says. The bridges will be erected over wetlands and other roadways.

Perhaps the greatest obstacle The Conti Group and other general contractors have encountered is Fort Bragg’s strict access regulations, Salisbury says. “If you cannot pass a background check, you cannot get on Fort Bragg,” he says. “We have to find people who can get on the installation.” He adds that contractors were informed of Fort Bragg’s restrictions before work began. “It’s still an issue,” he says. “It’s probably our biggest challenge.” Salisbury adds, however, that the restriction has not delayed the work. 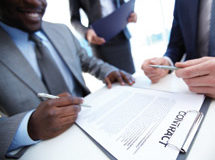