How to Enhance Jobsite Productivity With Health and Safety Technology

Specialty Contractors Streamline Their Workflows With the Help of Autodesk

7 COVID Precautions to Build into Your Construction Estimates

John Moriarty & Associates Focuses on Being Reliable for Customers 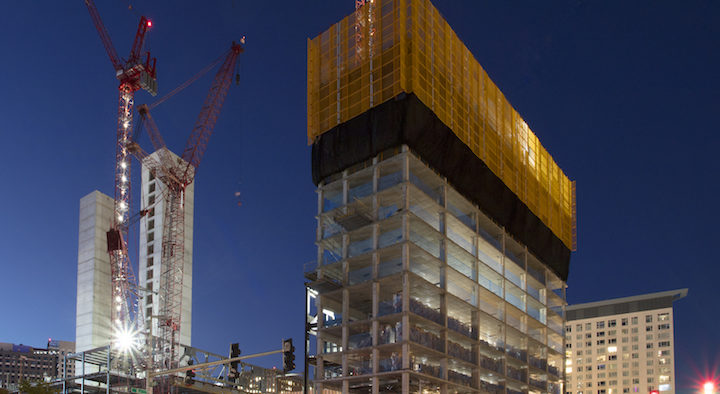 JMA is bringing its best practices to its current work, including a new Omni Hotel & Resorts location in Boston. (Photo credit: © markflannery.com)

When John Moriarty & Associates (JMA) works with a client, it takes the stance of being an “open book” that is always honest and approachable. “We maintain open communication with the owner and provide honest consultation,” Principal and Project Executive Jamie Noon asserts.

The company also lives up to its promises of staying on budget and schedule. “We live within that budget and we hit our dates,” he says. “If we do what we say, the phone rings and we’re on to the next one.”

The construction management company brings these best practices to its current work, including a new Omni Hotel & Resorts location in Boston. The project, Noon says, consists of two towers that will feature 1,050 rooms and two large ballrooms that combined are approximately an acre in size.

The size will meet the needs of the hotel’s clientele. After performing market research, Omni found that large corporations prefer to hold events and conferences at hotels in major cities that can accommodate all of their employees.

“The design of 1,050 rooms, movable partitions and huge spaces is dictated by the need to accommodate large companies with many employees,” Noon says.

Scheduled to be finished in March 2021, the hotel will feature a French brasserie restaurant, a Mokara Spa and fitness center, and an elevated pool bar and grill. But this range of amenities is typical for an Omni location. “They really strive to provide a first-class experience to the client that is coming in,” Noon says. This was evident when Noon and others from the Boston Omni team visited Omni hotels in Nashville, Tenn., and Louisville, Ky.

According to Noon, the company makes it a priority to nurture a base of repeat clients. “We want a genuine relationship with the owner.”

The company prefers to be involved in the early stages of a project, as it was with the Omni in Boston. “That means working early on with architects as well as civil and structural engineers,” he says.

JMA also utilized subcontractors that it previously worked with, which helped to control the project’s budget. “It’s a better experience for everybody,” Noon says.

The hotel’s east tower also features cast-in-place concrete all the way to its 21st floor. “On the west tower, we have six floors of structural steel and then a concrete building on top of that,” Noon describes.

For the Omni’s ballrooms, JMA assembled and welded two plate girders in its yard before having them trucked to the project site. Because they each were approximately 140 feet long and weighed 178,000 pounds, “It took us a few weeks to get them all in with a Manitowoc 16000 track crane,” he recalls.

JMA is also currently building The TRACK at New Balance, a multisport athletic complex in Boston. New Balance is another repeat client for the company, which has experience with other sports-related projects.

“We’ve been fortunate to be a part of the New Balance complex, completing the New Balance headquarters building, as well as the Bruins’ and the Celtics’ practice facilities,” Noon describes. JMA had the extensive input of New Balance’s chairman and owner, Jim Davis, on the project.

“This is Jim Davis’s shining star, the one he wanted all along,” Noon says. “It’s going to be an iconic building within the New Balance complex.”

When finished during the summer of 2021, The TRACK will feature a hydraulically banked, 200-meter indoor track for athletes to train on. It also includes a removable turf field (60 yards wide x 110 yards long) which can be rolled out and configured to accommodate indoor lacrosse, soccer and other configurations for basketball and tennis.

Although New Balance could have had a fixed track, the hydraulic design provides more flexibility. “[They can] lower the banks to make it flat across the entire event floor,” Noon describes.

New Balance hopes that athletes from around the world will set new records at the TRACK. “Ideally, it would attract the best athletes to train and compete at the facility,” he says.

The TRACK will coincide its opening with the launch of a local music venue. According to Noon, New Balance is developing the project with partner The Bowery Presents.

When finished, the venue will have a capacity of 3,500 and its retail component will feature New Balance stores. In addition, “It’s going to be a vibrant area with a new train stop,” he adds.

The venue also will rely on local sources for its foodservice operations. “Instead of hiring an outside source to do the catering, they plan to employ the restaurants from around the area and use them to cater the venue,” he describes.

A longtime veteran of the construction industry, Noon began his career in Pittsburgh at Mellon-Stuart Co. When the company was purchased by Michael Baker International, he left to join Perini Corp. where he worked on high-profile projects at Argonne National Laboratory and Chicago Midway International Airport as well as the Nashville Arena before joining JMA. Twenty-four years later, he is proud to be part of John Moriarty & Associates, which he says is a dependable resource for its clients.

“One of our best qualities is that we are predictable,” Noon says, adding that JMA is an open book with its clients. “Others in the construction business miss the honesty of the process. We pride ourselves on being a true partner and bringing our vast expertise to every project.”

By working with its equipment rental suppliers and its internal operations team, Keller has helped move market share to suppliers providing the best service and total cost. Keller provides geotechnical solutions including ground improvement, deep foundations and earth retention mainly for general contractors and has its North American headquarters in Hanover, Md.  About five years […]

(Photo credit: iStock.com/gpointstudio) The construction industry may show resistance when it comes to adopting new technologies, but that has not stopped innovators from finding new ways to help them do their jobs better. One company poised to do that is Tel Aviv and London-based startup Buildots, which has a technology for helping contractors stick to […] 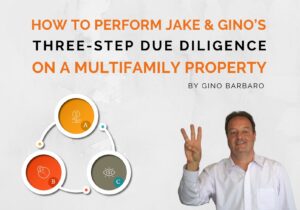 Do Your Due Diligence When Investing in a Multifamily Property

We all like to know as much as we can about a product before making a purchase, and the same goes for the process of buying a multifamily property. Amy Tiemann — who is a real estate investor, developer and property manager, as well as the president and CEO of TMI1 Properties — recently wrote […]